The memorial consists of a number of rooms, which show the individual stages of the life of the martyrs from childhood until death (See. Description attached). During the tour you will see the martyrs who were changed by the faith, how they grew up to become brave people willing to give their lives for Christ. As those tasked with exposing this past, we cannot ignore the time that most affected the lives of Roman Catholics in Ukraine. At the very beginning one will have to get past the graves of martyrs. It is impossible to pass them by. Even if not everybody prays, they will look at the memorial differently, they will, in another manner, perceive the life of martyrs who, through the testimony of their lives, helped the world to see the truth about the country without God and humanity.

There will be fourteen rooms that symbolize the fourteen Stations of Way of the Cross – the way of the people of our land. The first one will show a synthetic image of communist reality: shackles, extracts from the Criminal Code which refer to the punishment threatening those who went to church, fragments of speeches of representatives of the government, among others Lenin, Stalin, and Brezhnev. This picture is too well known to most Poles, Russians and Ukrainians: cards, bars, irons – symbols of widespread persecution. On the wall there will be silent scenes of police officers beating down any demonstrations of faith.

Later, through the wooden door of a country house one can get to the next room into the family home of the faithful. There will be photographs, pictures of the church, which was there at that time, schools, fields, landscapes of Podillya. We want to give the museum an original and authentic look and feel so that visitors get the impression that the martyrs are truly there this day, for we are the witnesses of their martyrdom even now.

The next room of the memorial is dedicated to priests who kept the faith in times of persecution. They were strong during the persecution and inspired believers to endurance and loyalty. A “prison” room is a piece of history of the Church not only in Ukraine but all over the Soviet Union, it is also a symbolic picture of everlasting conflict between good and evil, which at that time, was particularly visible. Then there will be a reconstruction of the barracks where the martyrs were kept and where they secretly celebrated the Eucharist.

But in this hostile reality there were good sides: it was the family home that formed the martyrs. Entering the room called “House” one can see a typical Ukrainian house with a cross, which is the symbol of victory.

The room “Gift of Faith” will be the heart of the museum. In the center there will be a destroyed altar, because the greatness of the persecuted was born at the altar. On the walls are evidences of extensive pastoral activity of many priests. The faces of people who regained their faith due to those priests will look at us from the photos. They were the representatives of different classes: simple workers, nurses, students, doctors and their individual testimonies. The songs of these times will be played. On the screens we will see crowds of people and evidence of their endurance and loyalty, which can be both read and seen on the screens.

After this preparation, pilgrims can enter the room of imprisonment and persecution. The pictures of desecrated shrines, weeping people, empty homes – it should cause a sense of the situation in which priests had to perform pastoral ministry in Ukraine for 80 years and how they managed to keep their faith – so it just points to today’s times – when the faith constantly needs to be taken care of.

The struggle between good and evil in human hearts and in the history of Ukraine will be emphasized by lighting. From bright rooms people will enter into gloomy corridors dedicated to the memory of the martyrs of communism. Complete darkness will also be in the room of “Death Row”. There will be an imitation of a torture cell. Passing the silent witnesses – birches of Vinnitsa Park, where 70 years ago in 3 nights more than 15 000 Roman Catholics from the surrounding parishes were murdered and buried, we come to the grave of thousands of people murdered for their faith. We will be accompanied by stones, gags, ropes and robes of the priests. Pilgrims who visit the grave will realize what formed these martyrs.

The exit of the memorial should lead visitors through the room of “Life after Death”, which contains a sign saying, “We endured” and a quote of St. John Paul II during his visit to Ukraine.

As always after Good Friday comes Easter and the exhibition prepares us for the Resurrection. Exhibits show the fruits of the great martyrdom – thousands of conversions, healings and many photos of churches being rebuilt now, and the faithful witness of people that endured the February 2014 at Maidan, as well as those who freed priests during the ongoing war in the East of Ukraine. The exhibition will be finished by the parish chapel of St. Michael the Archangel with the title “Who is like God.” We hope that visitors will mostly come out in silence and prayer. In the chapel is also an altar dedicated to the Servant of God Fr. Ludwik Wrodarczyk OMI – martyr who is a witness and representative of those who gave their lives for their faith in God. 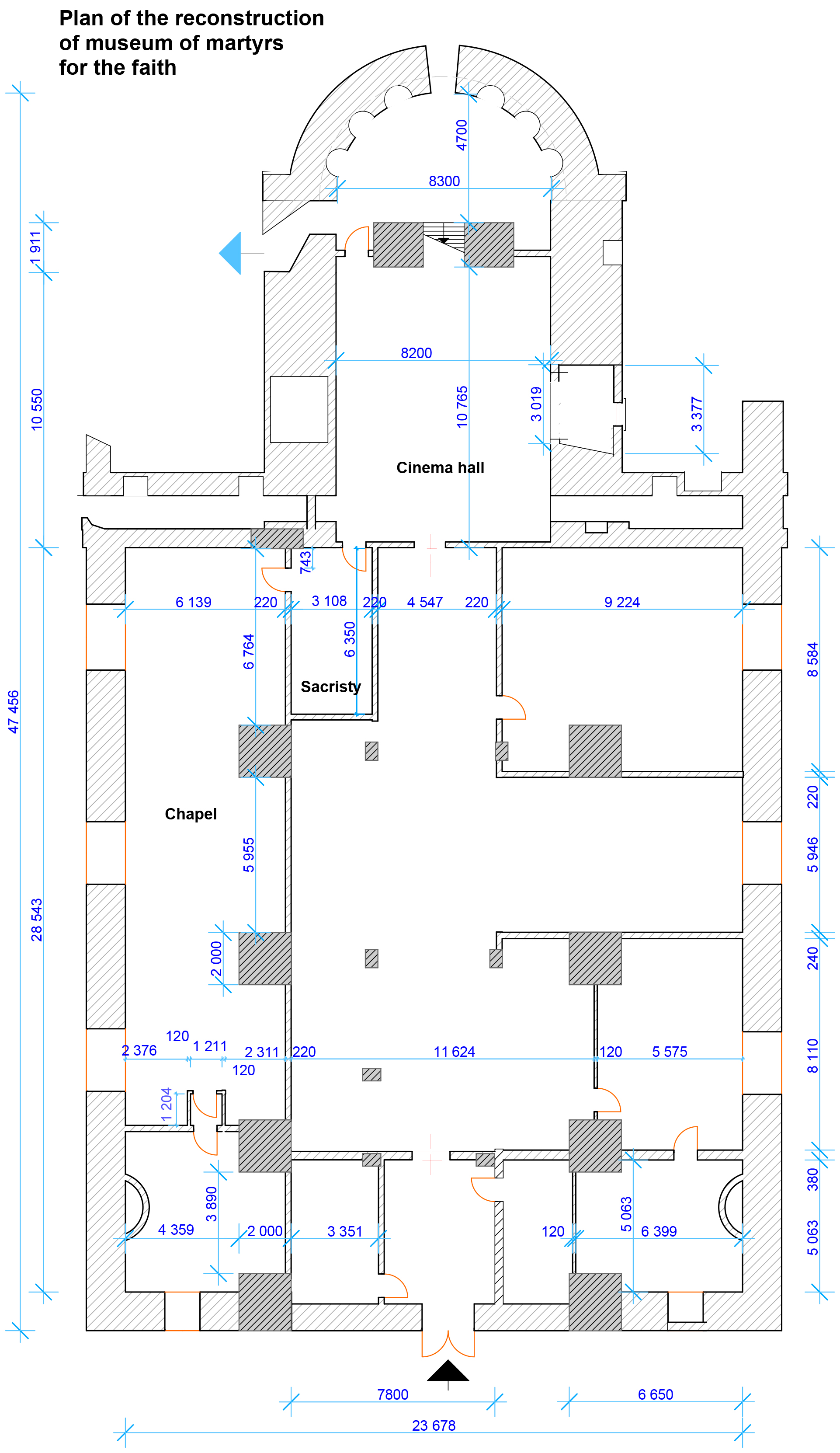